Staff at an innovative new Loughborough boxing studio were shocked and delighted when British WBC International heavyweight title holder Dillian Whyte turned up at their premises after reading about them on Twitter.

BOX, on Nottingham Road, only opened two weeks ago and is the brainchild of Mountsorrel husband and wife team Ainsley and Anne-Marie Neckles.

Ainsley said: “Anyone who follows boxing knows that Dillian is a strong believer in the power of boxing to change people’s lives. He talks all the time about how it changed his.

“Anyway, he saw the launch of BOX on Twitter, thought it was an interesting idea and decided he would come and have a look for himself. He literally just knocked at the door. Our jaws hit the floor when we saw who it was.”

BOX has a cutting-edge boutique studio approach, promoting boxing training as health, fashion and exercise for all kinds of abilities and a wide range of ages.

Anne-Marie said: “We hold classes every morning and evening that use boxing methods as the basis for getting into really good shape, as well as offering personal training.

“There is no actual boxing with an opponent but we use top of the range water filled bags and bespoke gloves and general boxing techniques alongside thumping music and nightclub lighting. It’s a great way to work out.

“Dillian listened to what we had to say about using boxing as a means to help people turn their fitness around and was very complimentary. He thinks it is a great idea.

“We are a new business just starting out and trying to spread the word about what we are doing, so get that kind of endorsement is a real boost to us.” 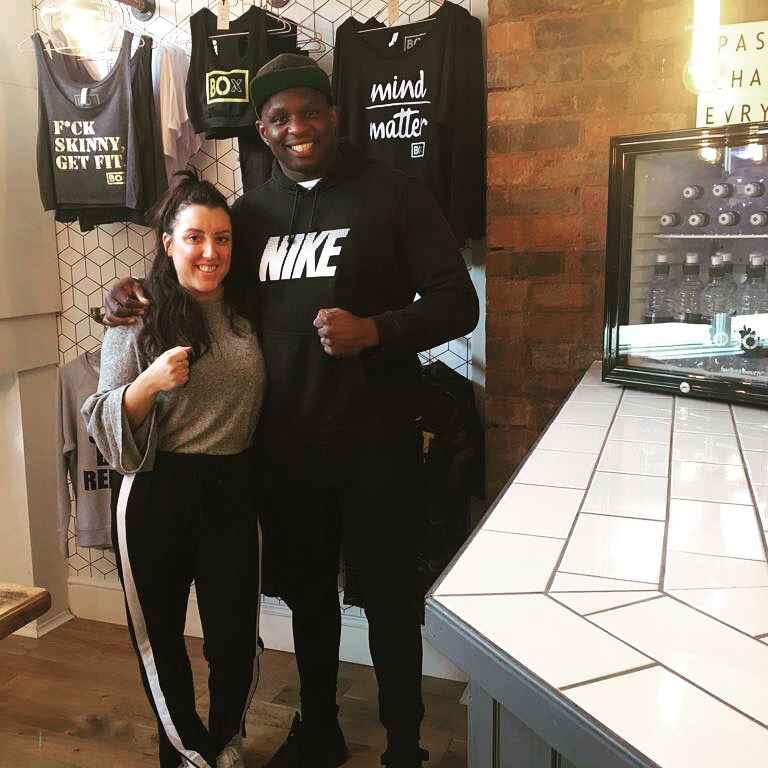